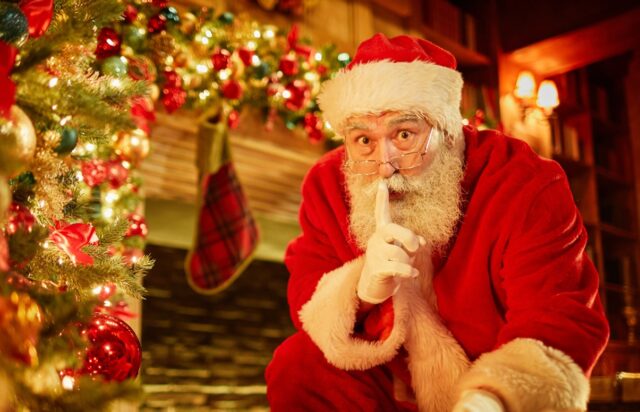 To help get Lakeland in the Christmas spirit this year a Lakeland resident has submitted a revised version of a timeless Christmas classic. Enjoy…

Twas the Night Before Christmas In Lakeland, TN
By Brenna Shelangoski

‘Twas the night before Christmas, when all through our town
Not a creature was stirring, they’d all settled down.

The children were nestled, all snug in their beds
While visions of Frost cookies danced in their heads.

With a little old driver so lively and quick
I knew in a moment in must be St. Nick

“These places,” he declared, “Are the reason I came.”
And he pointed and shouted and called them by name:

(You see, Santa’s workshop was down a few elves
And ran out of time ‘fore they filled up the shelves)

He purchased the gift cards, the food, and attire
Crossed all off his list- it was down to the wire!

Then out of the parking lot the reindeer they flew
With the sleigh full of gifts and St. Nicholas, too

Next he was off to the City Hall field
Where his belly shook as he laughed and he squealed.

His eyes how they twinkled! His dimples, how merry!
His cheeks were like roses, his nose like a cherry!

“What a town!” he exclaimed- but I must get to work.
Then he put on his hat and he turned with a jerk.

He sprang to his sleigh, to his team gave a whistle
And away they all flew like the down of a thistle

But I heard him exclaim, ere he drove out of sight-
“Merry Christmas, Lakeland! And to all a good night!” 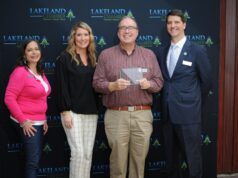