The sewer rate conundrum: Cap the rate? Use winter averages? Bring billing in house? Increase fees to developers?
These ideas were among many discussed at a special meeting for Lakeland citizens who have been disgruntled over their sewer fee increases for months.

Bottom line: A cap will likely not happen and the Clear Creek interceptor probably has to be funded over the next few years.

Mayor Wyatt Bunker said the takeaways from the evening are averaging, leveraging the anticipated debt, working with MLGW or doing internal billing.

Eight citizens spoke to the BOC about their concerns, but two actually wanted to know when their addresses might be hooked to the sewer system: Jeremy Finch and Ina Able. The others had various questions and concerns about their high bills and why they had to pay so much for irrigation or pool water that never reaches the sewer system. Those residents speaking included Mike Schideler, Ernestine Small, John Brown, Bob Blythe, Diane Tickle and Jack Torregrossa.

The meeting began with the introduction of Scout troop 334 from Advent Presbyterian Church, led by Lakeland resident Jeremy Burnett. Scout Jack Campbell led the pledge of allegiance.
Lakeland City Manager Jim Atkinson explained the whys of sewer rate increases. He said Lakeland eventually has to acquire sewer assets mainly in the Stonebridge area. “Memphis owns that section and treats the sewage. They have asked us to purchase those assets but there is no cost yet.”

In addition, he said the collection system is at capacity. “To grow, we have to expand the system. We need a new capacitor on the east side of town. It will be three or four years before construction. It has to fund itself.”
Steve Wyatt with the University of Tennessee MTAS (Municipal Technical Advisory Service) said the sewer system is an enterprise fund and has to depend on rates and fees to support itself. It also must fund depreciation. Reviewing figures from the 2015 audit, he said the depreciation was $467,000 which had to be covered by rates. The ending balance for that year was $77,000 and state law requires a positive net position.

Josh Roman, vice mayor, noted later that $77,000 is not much money and Mr. Wyatt said the City has to adjust rates to meet future demands of the City.

Mr. Atkinson provided a slide of distribution of consumption with the $46 cap removed.
When asked by a resident why Lakeland sewer rates could not have a cap, as done in other Shelby County municipalities, Mr. Wyatt said there is no legal basis for a cap. Chris Patterson, attorney for the City, said Lakeland cannot have a cap. “The City has no authority to have a cap.”

“The cap issue is a Shelby County phenomenon,” said Mr. Wyatt, who works from one end of the state to the other. “If you do a winter average that is not a cap.”

Emily Harrell, city engineer, said currently Memphis owns and treats Stonebridge, mainly west of Davies Plantation. “They want us to own the assets and they will continue to treat,” she said. “The initial cost estimate is $800,000,” she said, but she is negotiating that figure based on depreciation.
She said the Clear Creek interceptor construction will cost about $3 million and it will be three to four years before it is constructed. The interceptor is needed because the system is at capacity and the City can’t approve more developments. Thus to acquire the assets and built the interceptor, the total cost will be $3.8 million, probably $4-5 million.

Mr. Wyatt said winter averaging would require each house being able to average or doing a blanket percentage. To do individual averaging would require software changes and would take time. Jessica Millspaugh, city finance director, said MLGW does the billing and she wasn’t sure if they would allow the averaging.
Mrs. Gallick and Commissioner Clark Plunk both asked why plan the interceptor now? Why not wait at least one more year?

Mrs. Harrell said no approval could be given to new developments and the sewer would be at 100 percent capacity with current development approvals, if all are built. Although there are 1,809 homes planned, they are on two inceptors. “We don’t take this lightly. This was the best way we would find (to solve the problem),” said Mrs. Harrell. “We looked at three or four feasible options and came to this decision.”

Mr. Roman broached the idea of using debt service to fund the capacitor. “Why does this have to be cash?” he questioned. “We should revisit this and consider leveraging for this debt service. Mrs. Millspaugh said it was her understanding the BOC had not been interested in issuing more debt.

Mayor Bunker agreed leveraging the debt or averaging the costs might be possibilities. “It’s a quality of life issue when you can’t water your lawn, fill your pool or pressure clean your deck,” he said. “Kicking the can down the road will not help. We need to look closely at how we can restructure or if we can restructure.”
Commissioner Michele Dial thanked the staff, noting their work is very challenging. “We rely on your expertise. We don’t want you to think we are challenging your integrity or expertise,” she said. “We are asking you to go back to the drawing board, but don’t think we are questioning your integrity or expertise. I rely on you all to bring that knowledge to the table and I thank you.”

Mrs. Gallick asked if developers could be asked to contribute to the sewer as they are starting a project. She also requested that MLGW be asked to attend the November work session.

Mayor Bunker summed the meeting by saying the BOC can consider averaging, leveraging, MLGW and internal billing. The next discussion will be at the Nov. 3 work session. 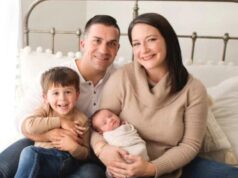