Six people were detained in Lakeland early this afternoon (8.16.19) after a traffic offense at mile marker 55 in Haywood County ended at Canada Road off I-40.

Sgt. Christopher Richardson with the Tennessee Highway Patrol (THP) said troopers stopped the suspects for speeding in Haywood County.   A chase ensued and the suspects exited I-40 at Canada Road and fled their car at the Lakeland Waffle House.

Sgt. Richardson said scales and pills were found in the suspects’ vehicle.  He said the suspects have been detained but not arrested or transported yet.   Charges, he said, would include speeding and reckless endangerment. 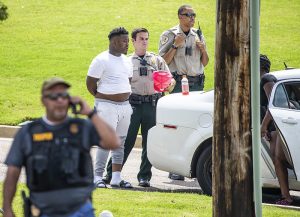 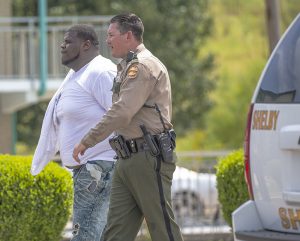 There were about 25 first responder cars on scene from the Shelby County Sheriff’s Office and THP.

Sgt. Richardson did not have information about the suspects.