The LPS Swim Team just closed out an exceptional 3rd season.  The team is coached by LPS parent Kristen Boles and sponsored by fifth grade teacher Kim Clemens.  They have grown from 11 swimmers in their inaugural year to 18 this year.

A grueling practice schedule began in February on Mondays, Wednesdays and Fridays from 6:30-7:20 AM at the Bartlett Recreation Center.  Coach Boles boasted that they were always on time for the early morning swims, showing true dedication from both parents and students.  “We had a wide range of skill levels so we often wrote 3 different workouts per practice then came together for some fun at the end”, said Coach Boles.

Coach Boles said she couldn’t have done it without the help of Mrs. Clemens, who took care of school communications, purchase orders with the school office and was a constant presence on the pool deck at meets to make sure swimmers made it to their events on time.  Of the team, Coach Boles stated, “Swimming has a lot of technical work and it takes practice.  They had no problem laughing at themselves and then trying again. I am so proud of these kids.  This is a fun group of coachable kids who grew as swimmers and outperformed themselves at the Championship.”

The season consisted of three meets made up of one with sprints, one with championship events and one with relays. The final championship meet was held on April 9th at the Germantown Athletic Center.  The teams were divided into large, middle, and small schools according to roster size, with LPS in the middle division.  The girls won 1st place overall (without separating into divisions) by beating out Collierville 298 to 296!  The team won 1st place for the Middle Division Combined (men’s and women’s combined score).  The boys got 6th place with only 6 boys.

Impressive events and times from the Championship meet:

Girls A 200 Free relay team consisting of Teal Boles, Maddie O’Mara, Adelaide Fabacher, and Maui Boles got 2nd with a time of 2:06.45

Girls B 200 Free relay, consisting of Kate Sheridan, Josie Li, Morgan McMahon, and Lyllian Bogue placed 7th with a time of 2:28.59, beating out Collierville’s B relay which was important for points.

The team ended the season with a splash with a cannonball jumping contest judged by the parents, where Devin Conaway beat out Stormi Boles in the Finals.  This is a team to watch in the future. 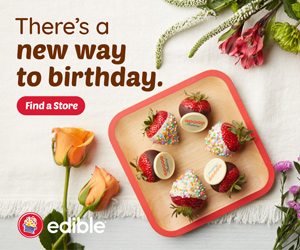